I know I’m very behind on posting. I’ve been busy trying to finish up the rewrites on The Demon Within. But they’re done now, yay!!! Now I’m waiting for feedback from my editor. But we are on track for a December 2015 release.

At any rate, I promise I will write more soon…but for right now, I will leave you with this:

We don’t know very much about it yet, but based on the two teasers we’ve seen so far, I’m guessing John Boyega is the male lead, and Daisy Ridley is the female lead. Ridley looks a hell of a lot like a young Carrie Fisher. Could Ridley’s character be the daughter of Leia and Han Solo?

Is Boyega’s character really a Storm Trooper, or is this merely a convenient disguise?

Looks like we’re going to spend some time back on Tantooine.

Darth Vader’s burned-out mask…I got chills. And upon rewatch, I noticed the sound of Vader breathing in the background. Interesting. Also interesting how Luke uses present tense to describe his father. Hmmm.

Mark Hamill’s voice over…Hamill has aged physically since Return of the Jedi, but man, he sounds exactly the same. 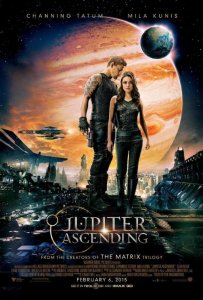 So I have been sadly neglecting this blog of late, for which I apologize. I have so many ideas for blog posts running around in my head, but very little time to execute them. It seems like I’ve spent most of my “free” time lately working on the rewrites for The Demon Within–which are progressing, though not as quickly as I’d like them to. It’s tough, working a full-time job and trying to balance my writing. Right now, it’s like working two jobs, and I’m not getting paid for the second one. But my fingers crossed that the book will do well once it’s out, and that I’ll be able to spend more time concentrating on my writing, and less time concentrating on my day job.

I saw Jupiter Ascending with my boyfriend last night. I really enjoyed it. First of all, the movie looked amazing. It was just visually stunning. One of the things I’m picky about in sci-fi/fantasy films is when the visual effects seem to overwhelm the human actors and the storyline. (See the Star Wars prequels for an example of exactly what I’m talking about.) This movie found exactly the right balance of cool visual effects and actor engagement. In other words, it didn’t seem like the actors were working against a green screen–and none too happy about it–the whole time.

I was also very happy to see a big budget sci-fi film with a female lead, for once. Unfortunately, Mila Kunis’s Jupiter Jones feels a bit underwritten. One of the complaints I’ve seen is that Jupiter spends most of the movie being rescued by Channing Tatum’s Caine, a hunky bite of human/lycan hybrid man-meat. And it’s true: for a movie that is ostensibly about her, Jupiter sure does spend a good chunk of it playing the damsel in distress role. But this isn’t what bothered me so much. Jupiter has been born and raised on Earth. She’s outnumbered and outgunned by these aliens who are out to kill and/or kidnap her. She’s very much in over her head. I don’t know of very many people–male or female–who would do much better under those circumstances. (Though for once, it would be nice to see the roles reversed, with a male “damsel” being rescued by a kickass female warrior. Just sayin’.)

No, what bothered me most was how much Jupiter vacillated depending on where she was and who she was with. Like, she knows she’s in over her head, and that she’s outnumbered and outgunned by the aliens. She also knows that these aliens have decided that she’s super-duper important for some reason or another, and that some of them are trying to kill her. But she seems to trust whomever she’s with, whenever she’s with them. For someone who proclaims early in the film that she always expects the worst of people, she’s very generous with her trust. She spends a lot of the movie allowing other people to make decisions for her. If someone told me I was literally queen of the universe, I’d be damned before I’d let anyone else make my decisions for me.

But overall, it was a decent, entertaining movie, and there was a lot of room for a sequel. I, for one, hope we get one. Jupiter Jones may not go down in history with Sarah Connor and Ellen Ripley as one of the great sci-fi heroines, but I’m always happy to see more women in the sci-fi/fantasy movie world.