Earlier this week, Heroes & Heartbreakers published a piece on whether “feminist romance” was an oxymoron.

In a word: no. In two words: absolutely not.

The H&H article also comes down on the side of “no way”—not surprisingly, since H&H is a romance blog. But there were a few other points that I wanted to touch upon:

Romance is a genre written primarily by women, for women 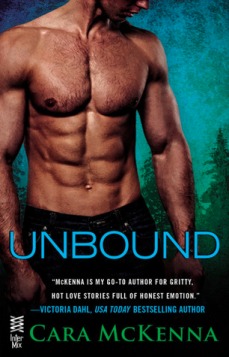 Romance is the only genre dominated so wholly by female readers and writers. And that’s pretty amazing. Last year, I attended the Romance Writers of America (RWA) Conference in New York City. Never before have I been to a writing conference that felt so inclusive and welcoming to me—in spite of the fact that I was an unpublished writer who, technically, didn’t even write romance. (Although there is a lot of crossover between urban fantasy and paranormal romance, but that’s another story.)

Studies have shown that, in group atmospheres, women don’t talk as much when they’re outnumbered by men. So in creating a predominantly female environment, whether at a conference or on an online forum, you are creating a space where women’s voices will be heard.

As I said then, the lines between romance and erotica are blurring more and more, and that trend has only continued. In the last five years, I’ve seen more and more romances meant to appeal to a woman’s “darker” (read: kinkier and less socially acceptable) desires.

Take Cara McKenna’s Unbound, about a woman who meets a mysterious British loner who turns out to have a hard-core rope fetish. Or Annika Martin’s The Hostage Bargain, about a woman who gets kidnapped by three hot bank robbers and ends up having kinky sex with all of them. Or Jessica Clare’s Beauty and the Billionaire, about a woman who moves in with a horribly scarred billionaire and introduces him to sex for the first time. And those are just three of the ones I’ve read.

Hell, why do you think 50 Shades of Grey, despite its mediocre writing, is a thing?

For generations, women have been taught to suppress their desires, that they were dirty and wrong. It’s a mentality that, unfortunately, many women still haven’t broken out of. Today’s romance novels take that sentiment and declare bullshit.

The romance community continually questions itself

Romance readers, writers, and reviewers are some of the most self-aware, self-questioning people I’ve ever met. What I mean is that they are constantly questioning their genre and its tropes, considering its relative strengths and weaknesses. Romance readers and writers are constantly critiquing the genre regarding its consent norms (specifically, that “consent” seems to be dubious in some romances). More recently, on the Smart Bitches Trashy Books blog, I recently read a post talking about slut shaming in romance—which, unfortunately, is still much more prevalent than it should be. If you dig into the comments, they get into a very thoughtful discussion of the “Not Like Other Girls” syndrome, something that has been discussed in feminist media quite a bit, but can pretty much be summed up by the Taylor Swift song “You Belong to Me.”

Earlier this month, I received my copy of Romance Writers Report, the magazine for RWA members. On the first pages, it discussed the first meeting of the 2015-2016 RWA board, and this jumped out at me:

Diversity. For multiple reasons, members of color, LGBT members, and disabled members have felt marginalized. RWA leadership is dedicated to ensuring every member feels welcome. […] Work on diversity issues is an ongoing priority.

The section discussed suggestions from the Diversity Committee on how to improve the situation, including changes in how RWA speakers are selected; adding a section to their Policies and Procedures manual mandating that no RWA-affiliated professional shall refuse to work with any member on account of race, ethnicity, age, marital status, or disability; ways the RWA can better accommodate differently-abled members, such as priority seating, closed captioning, and an on-call ADA staff member; and a discussion of the diversity problems in the publishing industry. (I remember that last discussion coming up quite a bit at the RWA conference last year.) Obviously, it’s not a perfect organization—otherwise, the discussion never would have been needed at all—but what got my attention was the fact that the RWA leadership saw the issue and is taking steps to address it. It’s taken 87 years and the threat of a boycott by several prominent industry professionals to get the Motion Picture Academy to take similar steps!

Romance as a genre is not perfect, by any means. There are still huge representation and diversity problems in the genre. Some romances are not very sex-positive or women-positive. Some seem to promote rape or coerced sex as “romantic.” (The hero just couldn’t help himself, because he wanted the woman so much!) And yes, many romances do continue to promote the idea that all a woman wants is a man, and that she’s incomplete until she has said man in her life. But what I’ve found, over my years of reading romance, is that it’s one of the most flexible, evolving genres out there. I believe that, combined with the woman-dominated readership and authorship, make the genre incredibly feminist.